NSW Relay Championships
Posted Monday 23 Nov 2015 by Michael Gentle
Ray's athletes once again proved their prowess and received a bag full of medals in the throws events: The distance teams did very well with: Unfortunately we had illness and a bit of a drama with an athlete being stuck in Bali until the day before but we were able to field all the entered teams by some marvelous athletes. Thank you in particular to Sophia, Donald, Andrew and Sarah for running from one event to the next â€“ we really appreciate your dedication.

Thank you to all the athletes who made themselves available for the relays, we tried our best to fill as many teams as possible, unfortunately were unable to get that fourth runner in some instances.

And a big thank you to Ray and Renee for being Team managers on the weekend and coping brilliantly with the stress of filling teams at the last moment.

Best regards,
Michelle Douglas
NSW Half Marathon Championships 23 Aug 2015 SOPAC
Posted Thursday 24 Sep 2015 by Dave Kistle
Some fine performances by two of our long-standing members:
Belinda Martin ran 1:21:12 to win Gold in the Women's 35+ category, almost 2 min ahead of the next age competitor.
Belinda has not been focussing as much on racing the longer distances this year and still ran a very strong time.
She was also 2nd outright woman to the athlete who takes over as NSW Female Distance Athlete of the Year.
Belinda won that title again last year and will finish 3rd overall this year despite not competing in all of the events.

Frank Scorzelli ran 1:30:28 to win Gold in the Men's 65+ category.
90 minutes is a serious goal for many open age runners, to do it with Frank's experience is highly impressive!
Frank finished almost 7 minutes ahead of the next competitor.

Congratulations to Belinda and Frank on their fine achievements!
World Championship & Olympic Games Qualifier
Posted Wednesday 10 Jun 2015 by Michael Gentle
Congratulations to Ben St Lawrence who ran strongly in the Payton Jordan International Meeting to record his third fastest 10,000m time. The time of 27:44.24 secured qualifying times for Ben to compete at both the 2015 World Championships and 2016 Olympic Games.
Commonwealth Youth Games
Posted Friday 10 Apr 2015 by Michael Gentle
Congratulations to
Grace Robinson
and
Mitchell Pepper
for your selection in the Australian team to compete at the Commonwealth Youth Games to be held in Samoa from 5-12 September 2015. This is a just reward for the tremendous work ethic you have shown in training and competition. Cheers from all SGDAC members & friends, plus a huge thanks to coach
Ray Russell
. 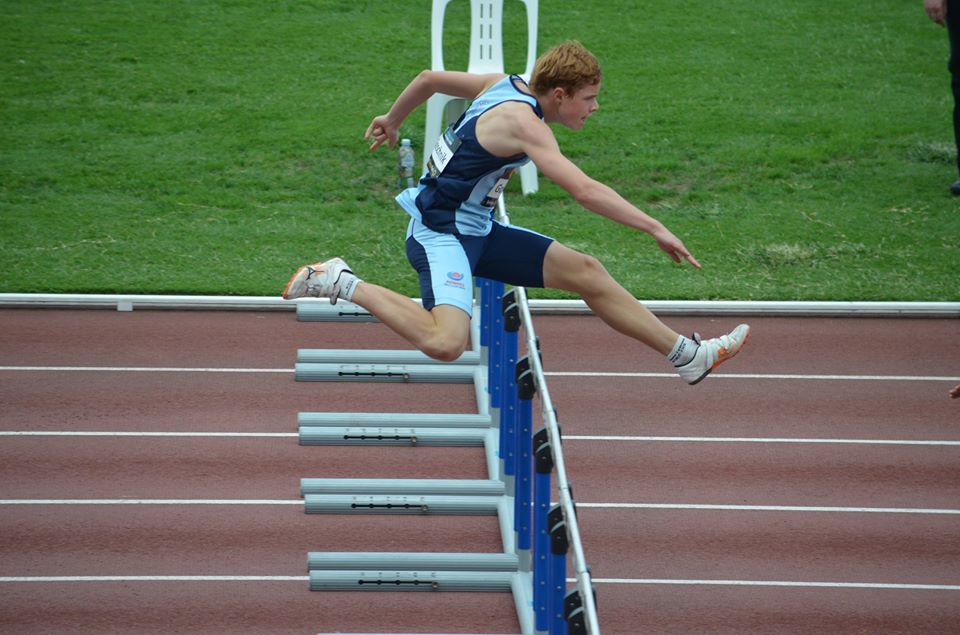 
Jose Carvalho
continues to run impressive times for anyone of any age, while in a highly competitive age group and training after his physically demanding occupation. His 5000m run was dominant, and although concerned about his speed, produced another fine win in the 1500m.


Karen Stanley
took it to the competition in both events, finishing 3rd overall woman in the 5000m and leading out the 1500m until the final lap, pushing them to better times. She will expect the â€œfavourâ€ returned next time!


Frank Scorzelli
is another evergreen runner who is always planning for the next major competition and is always on the quest for improvement.

Samantha Latanis
needs her own page. Besides competing brilliantly in so many competitions, in between bustling between events she took orders for NSW Masters clothing! And some photos of her sister. I think the Martin family line (Karen, Belinda, Samantha and now Imogenâ€¦ and look out for Kobe) have a heptathlon relay in them!