Our Men's teams also ran strongly on both days. The Open Men's 800m relay team won bronze with the tail runner fighting back to hold off the next team in a close and exciting finish. Great running also by the U18 Men's team claiming a bronze medal on Saturday in the 1500m event, followed by a fifth placing in Sunday's 800m relay. The Men's 200+ teams managed two strong runs but finished just outside the medals in both the 800m on Saturday and 1500m on Sunday.

Overall a lot of great performances. Well done to all the red & whites who competed. Extra big thanks to
Jim Gallagher
and
Ray Russell
for their efforts in organising teams to make the weekend a success. Thanks also to the Millett and Heap families for assistance with transport. Special mention to our coaches Ray Russell, Albie Thomas and Michelle Douglas for the hard work and assistance you give the SGDAC competitors under your wings.

Track Report
Posted Sunday 2 Nov 2008 by Michael Gentle
A number of our regular competitors were not competing this weekend as they put in the hard yards with upcoming exams, yet we still had nine St George athletes competing in Round 4 of the Club Premiership at Bankstown. Some good results again this week.

Leading the way was
Annaliese McCauley
who won her race clocking the fastest U17 Women's 400m time of the day competing with a broken arm in plaster. New member
Laura Flynn
claimed first in U17 Women's Pole Vault competing in very blustery conditions that made a tough event even harder; while
Sonya Kelly
equaled her premiership season best in U17 Women's High Jump.
Todd Peters
and
James Owens
had good showings in the 400m sprinters domain;
Riley Delaney
recorded a 1-second PB in the U17 Men's 1500m; and
Kim Delaney
won the 35+ Men's 1500m.
Connor Mulholland
was out to test himself in the All Age Men's 2000m Steeplechase coming away with a great 2nd place in the windy conditions.

Track Report
Posted Monday 27 Oct 2008 by Michael Gentle
Good results were achieved at the weekend in Round 3 of the Club Premiership.

Blacktown saw
Ashleigh Douglas
claim third in U20 Javelin Throw and
Christie Douglas
fifth in U17 Long Jump. Both girls were backing up after competing at Mingara the week before with some excellent results.

Well done to
David Burns
who also travelled from Sydney to compete in the event. 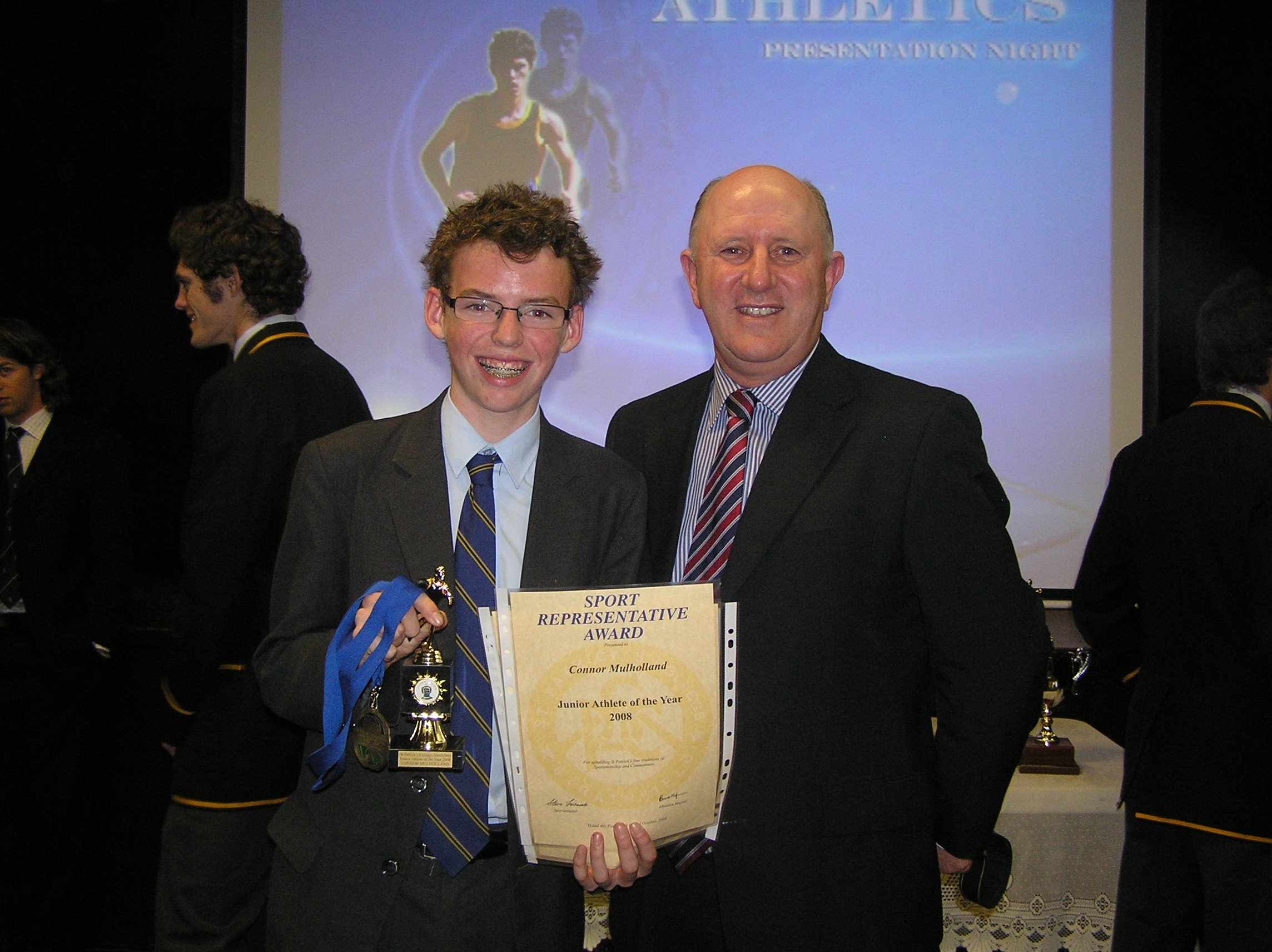