Australian Junior Championships
Posted Monday 17 Mar 2014 by Michael Gentle
To qualify and represent your state in a National Championship is a superb achievement. From 12th to 16th March, from the results I have seen to date, 18 SGDAC Junior members have done themselves and our club proud representing NSW in these national titles.

Some absolutely outstanding performances were achieved by many of our club athletes. In total: six national titles were claimed, one silver medal position, another six bronze medal placings, three new club records set, along with another seven results all well in the top eight. 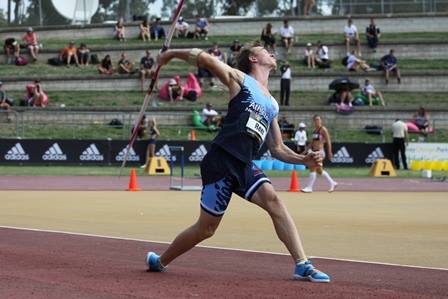 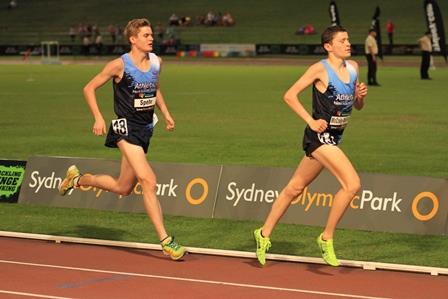 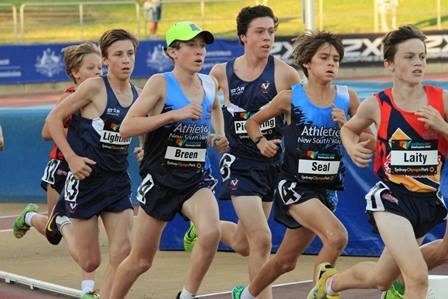 Christopher Breen
For more details of all the great members results please review the results pages on the website. Please advise any missing results so we can update this information.

Thank you Athletics NSW for the photos above, which can be found via the ANSW Facebook page.

Competition Updates
Posted Sunday 9 Mar 2014 by Michael Gentle
Plenty of St George DAC members have been competing in some of the biggest Australian athletics sporting events taking place this weekend.

The Bankstown Invitational on 6 March saw Cassie Dege competing in the 3000m Steeplechase, while Ben St Lawrence ran as pacer for the Men's 5000m.

The Australian Masters Athletic Championships have been held at the Domain Athletic Centre in Hobart, Tasmania. The NSW team has performed well, with the following results having been achieved:

Track & Field Update
Posted Thursday 27 Feb 2014 by Michael Gentle
St George athletes have been raising the club banner high throughout the season, competing with excellent numbers at a wide variety of ANSW meets since the completion of the State Relay Championships in November 2013, and recording some top results.

A good number of our juniors and seniors have been contesting multiple track and field events each week, including plenty of new PB's with some keeping our record keeper busy updating our club records.
Bob Simpson
, our Track Secretary, led the way with the most ANSW events contested since November - 24 already.
Sina Wildraut
, one of our Junior athletes is not far behind competing in 20 events, followed by
Natalie Murray
13 events,
Corey Anderson
12 events,
Brodie Anderson
11,
Casie Dege
and
Kelly Wilson
both 8 each.

Seven members competed in the NSW 5000M Championships. Our fastest on the night was
Keith Macpherson
who ran a 14.49, then
Ben Toomey
with 15.09. There were also two very nice PB's for our young guns
Nathan Breen
and
Mark Simpson
.

Also two of our elites
Ben St Lawrence
and
Bridey Delaney
have been performing really well in the Australian Track Classic events. Check out their performances noting Ben St Lawrence's run in the Men's 5000M in Hobart was a Commonwealth Games B Qualifier.

At the NSW Junior Championship competition at Sydney Olympic Park Athletic Centre on 12 February 2012
Grace Robinson
set a new record of 14.26m competing in the U16 4kg Shot Put. The U16 Club Record was recognised, however this result also bettered the U18 Club Record that had been previously set at 12.24m by Alice Iosefo on 20 October 2007.

Grace subsequently bettered this record on 8 December 2013 whilst again competing in the U16 category at the Australian All Schools Championship held in Townsville, QLD. Her throw of 15.38m remains the current U18 Club Record.

Details of the U18 Shot Put record progression can be found here.